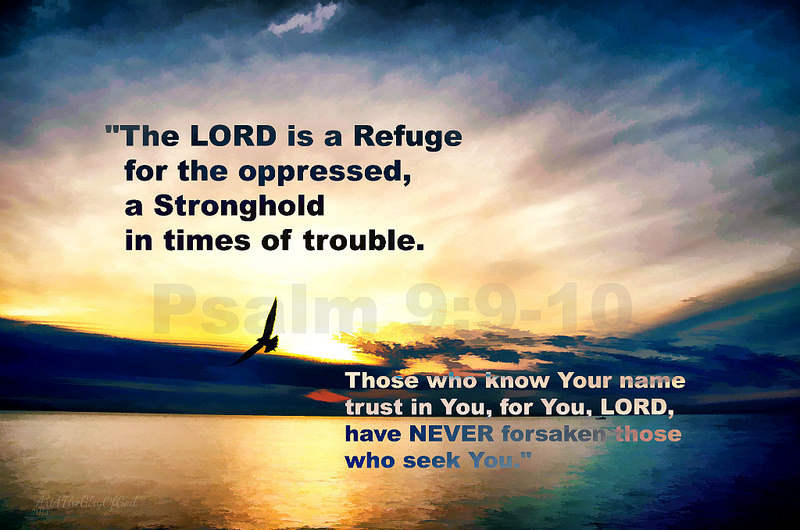 Challenging life experiences and intimidating circumstances constantly remind us that we need to continuously rebuild our confidence in God. As I reflected on Scripture and our world this week, this word – confidence – emphatically stands out. It is a word that not only the disciples struggled with, but also the people of Israel and Judah.

Long ago in the ancient world, a powerful empire emerged in the north of Mesopotamia. Assyria was a mighty force, feared by numerous regions, and was an intimidating presence to Israel and Judah. This empire took pride in their dominion and arrogantly strove to displace God as the supreme ruler of the world. For their outright rejection of the Lord and their usurping ambitions, God eventually punished them. Isaiah the prophet proclaimed:

“The LORD of hosts has sworn: As I have resolved, so shall it be; As I have planned, so shall it stand: To break the Assyrian in my land and trample him on my mountains; Then his yoke shall be removed from them, and his burden from their shoulder. This is the plan proposed for the whole earth, and this the hand outstretched over all the nations. The LORD of hosts has planned; who can thwart him? His hand is stretched out; who can turn it back?” (Is 14:24-27)

Overcoming Our Fears and Concerns

The yoke and burden upon God’s people were overwhelming, who awaited and longed for liberation. Indeed, when Assyria did not fill them with terror, resentment and abhorrence permeated them. For this reason, the message contained in Isaiah’s prophecy gave them hope. This prophetic word against Assyria reminded them that God the Almighty and ever living God is “the Most High over all the earth, exalted far above all gods.” (Ps 97:9) He alone has the last word in all circumstances. Everything that God envisions occurs. Who can thwart God’s plans? Who can turn away His stretched out hand?

A Matthean passage will encourage us today as we face the various experiences and circumstances that cause us to feel unsure, afraid, concerned, or threatened regarding the present or future. In chapter fourteen, Matthew relates how “Jesus made the disciples [enter] a boat and precede him to the other side, while he dismissed the crowds.” (vs 22) The disciples did not desire to be separated from Jesus, but they were obliged to embark. Occasionally, we find ourselves in situations we did not anticipate or don’t desire to be in, but life seemingly compelled upon us. But Christ knows our needs as He knew those of the multitude that followed Him. He did not dismiss the crowds initially when the disciples (vs 14) told Him to until He fed them spiritually and materially since the Good Shepherd tends and cares for His flock whenever God’s people approach Him.

Our Confidence is in God

Afterward, “He went up on the mountain by Himself to pray.” (vs 23) The Gospel doesn’t state what He was praying for. But I would not be surprised if He prayed for the recently-fed crowd that they would accept His saving message. It is especially likely that He also prayed for His disciples that they would persevere in faith and courage amidst the storm they were encountering. Indeed, it is encouraging to know that Jesus Christ prays for us that we may embrace and live His saving message and persevere in faith and courage throughout the storms of our lives.

Times will come in which the boat of our lives will be tossed around by the emotional waves that we experience when the wind of tribulation goes against it. Certain people, groups, situations or circumstances will suddenly emerge that aggressively oppose us and may appear as powerful as the grand Assyrian empire before Israel. Nevertheless, the Lord invites us to trustin Him. Jesus Christ is praying for us and working on resolving our afflictions and concerns. If we have placed our worries and troubles in the hands of God, let us not be doubtful or fearful. Generally, when these afflictions seem to be getting worse is precisely when the stretched-out hand of God is moving various pieces according to His divine plan for our welfare and salvation.

Certainly, terror filled the disciples, who did not understand this. “’It is a ghost,’ they said, and they cried out in fear.” (vs 26) But the same words Christ spoke to them He speaks to us today, “Take courage, it is I; don’t be afraid.” (vs 27) And we don’t have a reason to fear life’s battles and troubles, for our confidence is in God.